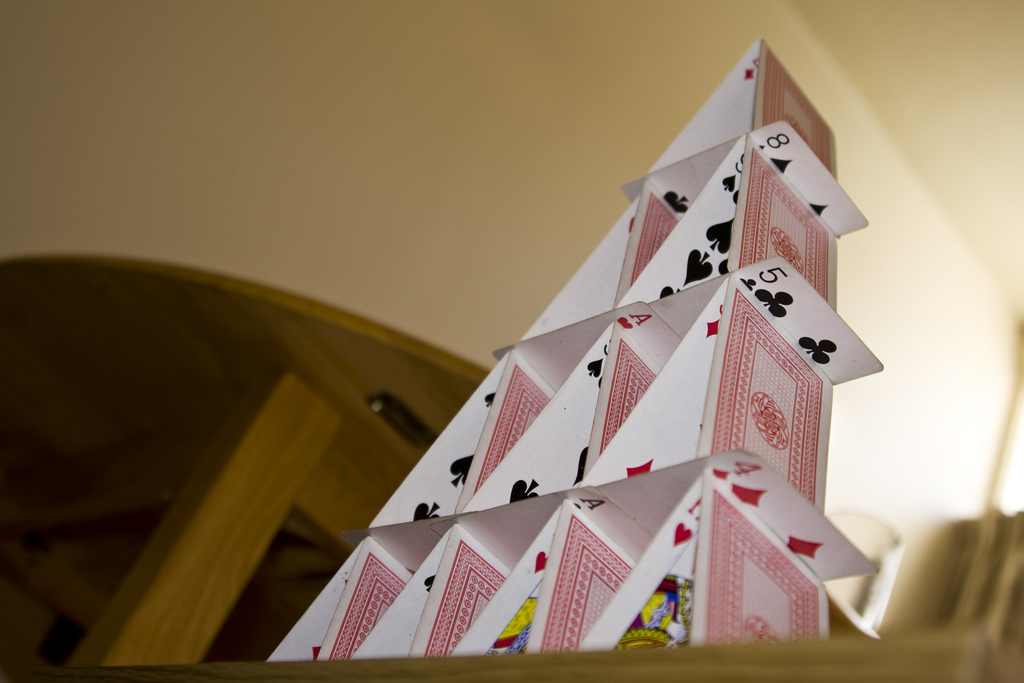 Social media is one of the most democraticising developments within information technology. It enables people to circumvent traditional hierarchies. Why create new ones?

In every system it seems there is a continuing battle between hierarchy and equality. Hierarchy brings order but with great unfairness. Equality brings fairness but without order. The lack of which can lead to chaos. If meaning can be made from chaos, equality has better scale and longevity. But humans continue to demonstrate a desire to control. And so we keep building our hierarchies.

A simple example: taxonomies versus folksonomies. A taxonomy is a hierarchy of ‘metadata’ – terms used to describe an item. You have to pick specific terms from the taxonomy to maintain consistency, order. A folksonomy has no plan, it gives you the freedom to use any tags you want as metadata to describe an item.  One of the flaws in all taxonomies is forcing people to choose. It increases the likelihood of errors and taxonomies continue to fail the test of time. With folksonomies, you use whatever terms make sense to you. Yes it can get messy and sometimes be inconsistent. But sites like Flickr have proven that it works and with massive scale.

The same is true of social networks. The value in social networks is in the weak ties, the unexpected connections, moments of serendipity. The opportunity to have a conversation with anyone, known and unknown to you, through a shared interest at a moment in time. The worse thing to do to a social network is to artificially create a hierarchy.

And yet we have tools like Klout to measure input and publish scores on a leaderboard. People create lists to rank ‘Influencers’. Sites award badges for the top contributors. As people realise there are benefits for being on the rungs of the current hierarchy, the system is gamed and new metrics are invented, new rewards handed out to recognise the elite few. And so the cycle continues until the hierarchy finally collapses and we start all over again.

Social media is one of the most democraticising developments within information technology. It enables people to circumvent traditional hierarchies and make more informed decisions. It opens doors to individuals and groups that were previously kept shut by larger and/or more powerful players. It feels somewhat ironic to want to impose a hierarchy. To do the very thing that goes against the true value of social networks.

Flickr image ‘House of Cards’ kindly shared by Peter Roberts. No hierarchy, badge or league table required to discover it.